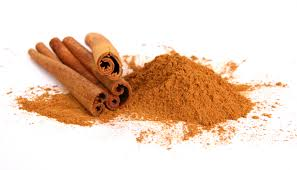 Cinnamon, one of the first trade spices of the ancient world, is highly delicious and powerfully medicinal! Cinnamon is one of the oldest tonic plants on the globe. It’s been used medicinally for thousands of years, dating back to before the great pyramids of Egypt were built.   The plant can reach heights of up to 30 feet.  The leaves are deep green and the blossoms usually white.  Once the trees reach six or seven years old, the bark is peeled off into cinnamon sticks.

In Traditional Chinese Medicine, cinnamon heats up a cold body, improves the circulation (gets the blood rushing around) stoking up the waning fire, and is prescribed for loss of vigor, whether due to stress, aging, or illness.  In-vitro and in-vivo studies from different parts of the world have demonstrated numerous beneficial medicinal effects of Cinnamomum:

Adding cinnamon to your diet is simple, healthful, and tasty.  You’ll want to purchase ceylon cinnamon or “true” cinnamon, which does not contain high contents of coumarin (a substance that can be toxic to the liver at high doses). A typical dose of cinnamon may be up to 2 tsps a day.  A safe dose may be 1 tsp per day – but be sure to check with your doctor before taking regularly.   While cinnamon is a very safe spice for children, be sure to test them for allergies or sensitivities before adding it to their diet.  A sprinkle a day would be appropriate for the youngsters.

20 minute initial consultation:
By appointment via phone or Skype.

Naturopathic medicine blends centuries-old knowledge of natural therapies with current conventional wisdom in the art and science of health and human systems. more +